#FactOfTheDay: The Dutch-Turkish diplomatic row is a European problem

Dutch-Turkish relations are at a record low, and this crisis is spreading in Western Europe. Germany, Austria, Denmark are also concerned about the possible tensions a debate on the Turkish referendum would create inside their Turkish minorities. The Turkish constitutional referendum will take place on the 16th of April 2017. Turkish citizens from home and… » read more

Edward Gibbon by Henry WaltonMarch 26, 2011, Mr. Wilders continued (see first part) his remarkable horror story in front of a Roman public by referring to Edward Gibbon, a great 18th century British historian, whose “Decline and Fall of the Roman … 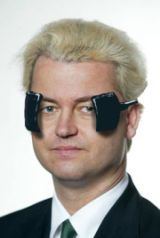 March 25 (26), Mr. Geert Wilders, Dutch MP and leader of an authoritarian movement (no membership, one leader), called the ‘Freedom Party’ (PVV), spoke at a meeting in Rome, Italy.
In addition to what Mr. Wilders will have to say himself about his actual position and perspectives in Holland and elsewhere, we’d like to mention, that his hosts (the Italian Magna Carta Foundation) are closely linked to media tycoon and  much criticized populist head of Government Silvio Berlusconi as well as to the American Enterprise Institute (AEI). The AEI, as is well known, are under neo-conservative influence.
But, actually, neither the AEI, nor the main neocon publication (The Weekly Standard, Washington DC) seem to be much in favor of a crusade against Islam as such. The US Neoconservatives consider religion, Christian or not, as an efficient disciplining tool for the masses. That is, why AEI and WS scarcely mention the Dutch peroxyd blond verbal crusader against Islam. They prefer a more subtle approach.
Wilders is trying to establish an international federation of anti-Islam movements. He has already a name for it: ‘Geert Wilders International Freedom Association’ (GWIFA). GWIFA should be established in the US. But, alas for him, large egos like Robert Spencer, Pamela Geller and Daniel Pipes, are not in a mood to leave the stage and put up a wooden shoe loon as their mascot.

Wilders’ GWIFA effort limits itself, up to now, to an association with a remarkably un-sexy ex-christian democrat from Berlin, Mr. Stadtkewitz. Other potential allies, like the Flemish VB and the Austrian FPÖ are, for the moment, under Geert’s ban because of their too close association with an anti-semitic past.
Wilders’ invitation by the Italian foundation can only be explained by the presence, as it’s international secretary, of Anita Friedman. Friedman is head of an association “We’ll Meet in Jerusalem” and she comes from an active Zionist American family.
I do not know yet, if Wilders’ speech (see below) had any impact in Rome or in Italy. But, whatever it did, or didn’t, it helps us to study the actual level of folly, idiocy and despicable hate-mongering that Mr. Wilders and his American-Israeli funders try to make us believe at this point of time.

The Failure of Multiculturalism and How to Turn the Tide
Signore e signori, ladies and gentlemen, dear friends of the Magna Carta Foundation, molte grazie. Thank you for inviting me to Rome. It is great to be here in this beautiful city which for many centuries was the capital and the centre of Europe’s Judeo-Christian culture.

Wilders speaks of a “Judean-Christian culture”, leaving out the “humanistic”, “rationalistic” or “laic” component he always features. That is remarkable. The city of Rome was for a long time opposed to the introduction by 4th century emperors like Constantine of Christianity as a state-religion. It sticked to its centuries-old tradition of polytheïstic and rational philosophy. Even now, a self-conscious Roman upper class loathes the Vatican and it’s pretensions.
1st-4rd Century Jews were confined to a poor ghetto that existed already under Nero (Year 20-40). Christians were considered a Jewish sect. Persecuted by all emperors up to Diocletian (300) as well as the Jews proper. Until deep into the 6th century, the Bishop of Rome struggled to be recognized as head of the Western Roman Catholic Church. The Byzantine colleague had much more power.
Rome, on the brink of the Middle Ages, was neither Jewish, nor a Christian centre.

Together with Jerusalem and Athens, Rome is the cradle of our Western civilization – the most advanced and superior civilization the world has ever known.

Nothing against mentioning of Athens an Jerusalem. But Wilders’ classification of the civilization (culture?) of Rome as “the most advanced and superior civilization the world has ever known.”, when speaking of early medieval Rome that is, at best, an exaggeration. Jews were mostly exiled to the upper Rhine valley. Theological thinking and renovation came from North Africa (Augustinus), from Egypt, Syria and Babylon, not to speak of Constantinople. And the Islamic renovation had yet to start
As Westerners, we share the same Judeo-Christian culture. I am from the Netherlands and you are from Italy. Our national cultures are branches of the same tree. We do not belong to multiple cultures, but to different branches of one single culture. This is why when we come to Rome, we all come home in a sense. We belong here, as we also belong in Athens and in Jerusalem. And the Islamic renovation had yet to start.

It is important that we know where our roots are. If we lose them we become deracinated. We become men and women without a culture.

So, now we know where “our” roots are. In a small, uncultured and ailing city in Italy. Goats were herded between the ruins of the Roman Forum. Roman bishops were people who could not write or read. There are stories, that one Roman bishop even was a … woman! It is a favor of History, that Babylonian and Spanish Jews and Muslims rediscovered Greek Philosophy, translated Plato and Aristoteles into Arabic, so that (much) later on, those texts could be read in Latin, as the Renaissance imposed itself upon stubborn stupidity and superstition.

I am here today to talk about multiculturalism. This term has a number of different meanings. I use the term to refer to a specific political ideology. It advocates that all cultures are equal. If they are equal it follows that the state is not allowed to promote any specific cultural values as central and dominant. In other words: multiculturalism holds that the state should not promote a leitkultur, which immigrants have to accept if they want to live in our midst.

We are only at the 4th paragraph of Mr. Geert Wilders’ Philippica, and many are to follow. But he gives us already the root of all of his reasoning: The existence of a so-called “leitkultur”. And, as if that were not enough, Mr. Wilders assumes, that “the State” has to maintain that “Kultur”. Not the Church, not the Philosophers, nor Sociologists or Psychiatrists, no, the State.
Of course, he does not speak of common people. Of voters and members of social organizations. No, no, for Mr. Wilders, it is the “State” that is reponsible for maintaining something that he defines als “Leitkultur”.
Traditional Liberals, or Conservatives like Burke, are full out against any state-intervention into the beliefs and thoughts of citizens. Wilders sides with authoritarians like Bismarck (“Kulturkampf” against Catholics and Social Democrats) and even less palatable ideologies of the 20th century.

Intermediate conclusion: Mr. Wilders invents a “judeo-christian” myth, connected to the city of Rome. It’s “culture” is “superior”, right from the start, to all other “cultures” in the world. Not the Church or the Philosopher, but the “State” must impose that culture on it’s citizens, old and new. It has to reject everything new that comes from outside it’s cultural sphere.

This may seem already outlandish and retrograde. But madness has no limits. You’ll have to get used to more and worse. Accompany us into the fairy world of a paranoiac! You’ll have to see why wrong roots produce inevitably the wrong people. (Geert Wilders in Rome (2)).

Next Monday October 4 we will know, if a new Dutch Government composed of Conservative Liberals (VVD) and Christian Democrats (CDA), passively supported by the Islamophobe PVV contraption of Mr. Geert Wilders, will ask for confidence in the Dutch Parliament. If all turns out well for Mr. Mark Rutte, the VVD party leader and Prime… » read more

Dutch national elections: What they mean for Europe

Tonight, I look (on TV) at the results of the elections for a new Dutch Parliament. I live in Brussels, since 20 years. But, of course, I am still engaged with my country. I voted, as a Dutch national, for a candidate of the Dutch Labour Party (PvdA). I voted for Mr. Timmermans, long-time Minister… » read more